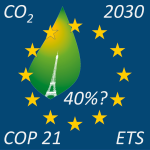 Members of EURACOAL make a real contribution to climate protection and believe in an integrated, just and economically efficient transformation of the energy sector in the European Union which takes into account the entrepreneurial interests of EURACOAL members and the interests of the coal and lignite regions, as well as protects the value chain. EURACOAL and the EU coal and lignite industry stand to achieve the climate goals set out in the UNFCCC Paris Agreement, as ratified by all EU member states. The provisions of the Paris Agreement should shape EU policy on energy transition. EURACOAL supports the recommendations of the German Kohlekommission which include a phase-out of coal- and lignite-fired power generation in Germany by 2038. Similarly, EURACOAL and its members fully support the governments’ right in other EU member states to decide on the future of coal and lignite in their respective countries, including paths and dates for phase-out.