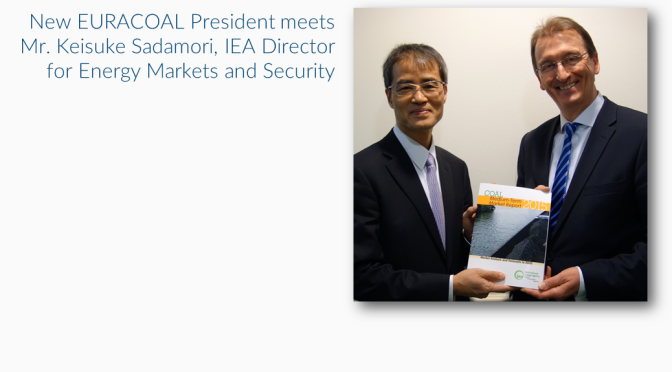 The Executive Committee of EURACOAL elected Dr. Wolfgang Cieslik, member of the Board of Management of STEAG GmbH, as President of the European coal industry association.

Dr. Cieslik, who is also Chairman of the Coal Importers’ Association (VDKi), takes on the presidency from Dr. Zygmunt Łukaszczyk, Chairman of the Board of Katowicki Holding Węglowy S.A., one of the three largest Polish coal mining companies.

Mr. Vladimír Budinský, representing the Czech Association of Employers in Mining Industry (ZSDNP) and Mr. Nigel Yaxley, representing the Association of UK Coal Importers and Producers (CoalImP), were both re-elected as Vice Presidents and are joined by newly elected Mr. Janusz Olszowski of the Polish Mining Chamber of Industry and Commerce (GIPH).

Please read the full press release at the following link.