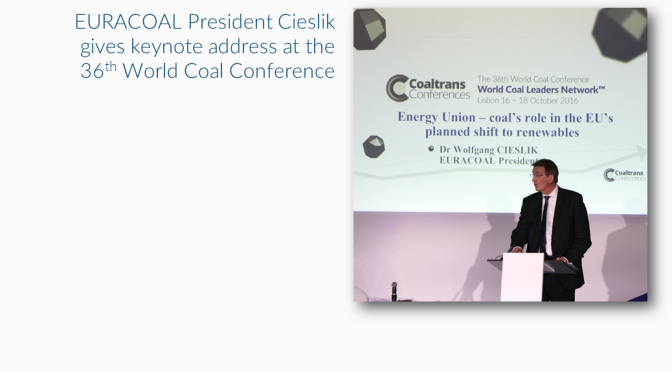 The conference brought together over 300 coal industry leaders from around the world, including producers, consumers, traders and government officials.

In his presentation, which was followed by an on-stage interview, Dr Cieslik observed that current regulations have killed the European electricity market. He called for policy stability to re-establish trust in the market.

Dr Cieslik expressed confidence in coal, noting that it will remain his company’s main business over the coming years. Without conventional thermal power generation, it would be impossible to ensure reliable power supply in Germany and elsewhere, he concluded.