Since the global economic crisis of 2007-08, the Bulgarian economy has grown steadily, by up to 4% per year.  In 2018, GDP growth was 3.4% and the unemployment rate was 5.2%.  The driving forces for this growth are investment and domestic consumption as disposable household incomes rise.  EU funds and low interest rates on loans provide favourable investment conditions. 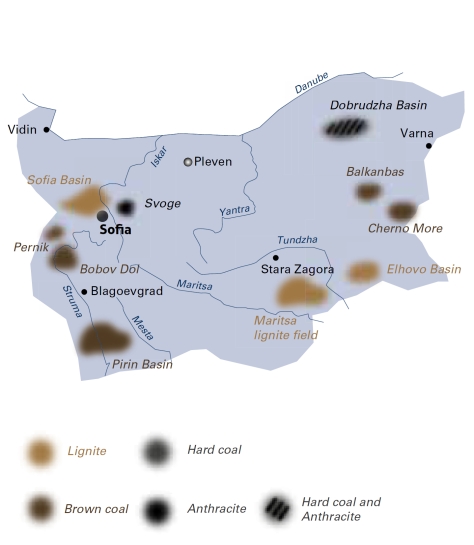 With its large resource potential, the mining sector is of great importance to Bulgaria and has developed strongly over the years.  The mining sector has attracted considerable local and foreign investment with several companies investing in world-class exploration, extraction and processing projects.  The National Strategy for the Development of the Mining Industry to 2030 envisages further growth of the sector.

Following its Energy Strategy to 2020, the Bulgarian government is elaborating a new energy strategy to 2030, with a horizon to 2050.  The key priorities are:  guaranteeing energy security and the financial stability of companies in the energy sector;  full liberalisation of the Bulgarian electricity market in line with EU legislation;  selection of a prime contractor for the Belene nuclear power plant;  continued gas exploration in the Black Sea and construction of related infrastructure;  increasing the share of renewable energy sources in power generation;  and implementing an energy efficiency programme.

In October 2019, the Council of Ministers approved a National Climate Change Adaptation Strategy and Action Plan for the period to 2030.  This will serve as a reference document, setting a framework for action and priority directions.

Primary energy production totalled 16.8 million tonnes of coal equivalent in 2017, with lignite and brown coal having the highest share at 48.3%, followed by nuclear energy (34.6%).  Renewables (16.3%), fossil gas (0.6%) and liquid fuels (0.2%) accounted for the remaining energy production.  In 2012, eight years early, Bulgaria reached its 2020 target of 16% renewable energy in final energy consumption, but at a high economic and political cost.

Due to its domestic production of coal and nuclear power, Bulgaria had an import dependency in 2017 of just 39.5%, far below the EU average of 55.1%.  At 32.7%, the share of coal in total primary energy supply is more than double the EU average, while the 21.7% share of nuclear power is around 70% above the EU average.  Power prices are correspondingly low – among the lowest in the EU.

Coal power plants accounted for 45.9% of total electricity generation in 2017 and help to guarantee Bulgaria’s energy security and economic competitiveness.  Indigenous coal reserves can fuel power generation for the next sixty years.

The 1 926 MW Kozloduy nuclear power plant plays a prominent, baseload role.  The ten-year lifetime extensions granted in 2017 and 2019 for units 5 and 6 are of great importance; operation could continue for thirty years. Kozloduy accounted for 34.1% of gross power generation in 2017.

The Bulgarian energy sector is important for the country’s energy-intensive industries and accounts for above EU‑average shares in total employment and value added.  The sector contributes to the socio-economic development and welfare of the coal mining municipalities.

Large investments in new capacity, rehabilitation of old power plants and expansion of the electricity grid have been made over recent years.  However, regulated consumer tariffs are insufficient to cover new investments and the CO2 emission allowance costs borne by electricity utilities, a situation exacerbated by the high number of consumers in arrears.

Opencast lignite mining is mainly carried out in the mines of MINI MARITSA IZTOK EAD (MMI) whose production of 28.0 million tonnes accounted for 96.6% of the country’s total 29.0 million tonnes in 2018.  Its mines cover an area of some 240 square kilometres, being the largest mining site in South East Europe.  MMI is also the biggest employer in Bulgaria.  The company supplies four power plants with its own lignite:  the state-owned Maritsa East 2 thermal power plant (TPP) (1 620 MW) and the privately owned CONTOURGLOBAL Maritsa Iztok East 3 TPP (908 MW), AES Galabovo TPP (670 MW) and BRIKELL TPP (200 MW).  MMI also supplies lignite to the 120 MW Maritsa 3 TPP in Dimitrovgrad.

As a subsidiary of BULGARIAN ENERGY HOLDING, MMI plays an important role in ensuring national energy security.  In the next few years the level of lignite production by MMI will remain at 26‑28 million tonnes, used exclusively for thermal power generation, whose share will remain stable.  As there is no alternative to lignite in the immediate future, no significant reduction in lignite production or lignite-fired power generation is foreseen.  Under the various Energy Strategy scenarios, a decrease in lignite-fired power generation and capacity closures are projected after 2030 or when the new nuclear power plant is commissioned.

The price of lignite mined by MMI, despite being the lowest in the EU, will most probably remain unchanged in the years ahead.  This has a negative impact on the company’s ability to invest.  The company will rely on European investment funds for development projects, including diversification projects such as a solar PV farm on the spoil tip of a mine.

Bulgaria’s brown coal deposits are mostly located in the western part of the country (Bobov Dol, Pernik and Pirin coalfields and the Katrishte deposit) and near the Black Sea (Cherno More coalfield).  In 2018, brown coal production from underground and surface mines was 1.3 million tonnes.

VAGLEDOBIV BOBOV DOL EOOD mines in the Bobov Dol coalfield, being the largest deposit of brown coal in the country with reserves amounting to some 100 million tonnes.  After the closure of the country’s last underground mine at Bobov Dol in 2018, only coal mined at a single opencast mine is supplied to the nearby 210 MW Bobov Dol TPP and to households.

Hard coal production is not significant (c.35 thousand tonnes) and is carried out by MINA BALKAN 2000 EAD.